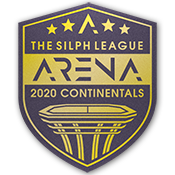 Thousands of competitors have battled it out every month to prove they are the very best. Now, the top competitors in the Arena will face their ultimate challenge! It’s time to crown the 2020 Continental Champions! 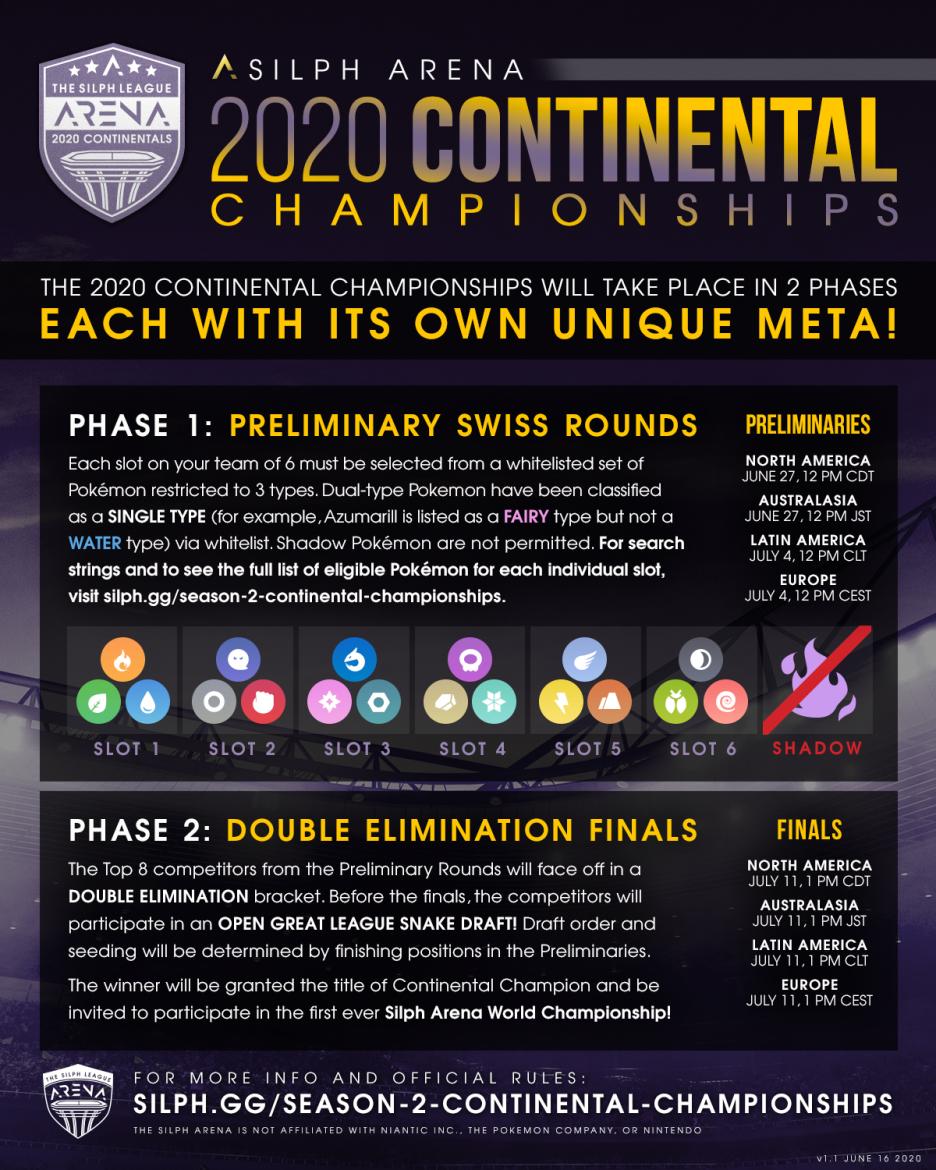 What are the Continental Championships?

Throughout the month of April, communities across the globe have sent their most skilled competitors to Regional Invitationals, seeking to earn their spot in the upcoming Championships in North America, Latin America, Europe, and Australasia. These winners, and other top competitors, will represent their regions and communities in one of the four Continental Championship events.

More details on the Continentals schedules can be found HERE.

The 2020 Continental Championships will be run in TWO phases, each with their unique meta designed to test your battle skills!

Competitors will take turns picking one Pokémon to add to their team. Seed 1 will pick first, followed by seeds 2, 3, and so on until all 8 competitors have picked. For the second round, they will pick in reverse order, starting with seed 8. This process repeats until all 6 team slots are filled.

There are no type restrictions or bans for the Double Elimination Finals.

How Can I Watch The 2020 Continental Championship Matches?

The Arena is working on setting up streams or other options to follow the action! Keep an eye on our social media channels, Discord server, and other methods of communication for more information!

Why Are The 2020 Continental Championships Played In Great League?

Great League (max 1500cp) provides a diverse, new playing field with many options for creative, competitive teams. It also allows more casual players to join tournaments at meetups without being completely unable to compete with level 40 trainers who often sport the same level 40 Legendary Pokémon. Great League also marks immediately irrelevant much of the amassed arsenal of those who manipulate their GPS location ('spoof') to circumvent in-game mechanic limiters and acquire unnatural advantages.

Where can I learn more about global player ranking?

You can learn more about Global Player Rankings by reading our Guide to Player Rank.

About the 2019 Competitive Season »

Time to study up! Conquering this meta requires preparation and practice. Review this collection of guides and resources from Arena contributors and community content creators to help you on your way to victory:

As you plan your battle team, consider the species which appear most frequently in this meta: