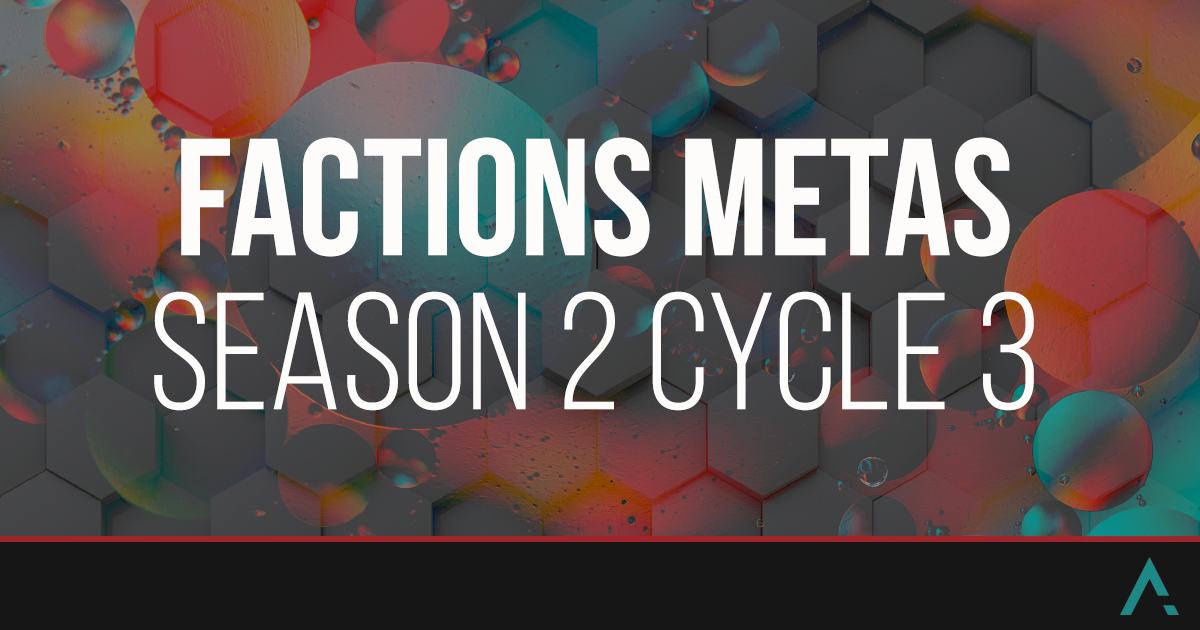 As Season 2 of Factions hits its stride, it is time to delve into the new open league and battlefield metas! Start strategizing with your Faction, updating your rosters, and preparing for Cycle 3.

Registration will open on Monday, November 28 and close on Saturday, December 3rd at 23:59 UTC. Between that time you will be able to create a Faction or update existing rosters and invite new members. Be sure to have all members in their designated role before registration closes. Cycle 3 will then commence on Tuesday, December 6th at 00:00 UTC. Like prior Cycles, this next Cycle will consist of nine weekly bouts. BATTLEFIELD METAS AND RESTRICTIONS FOR GREAT, ULTRA, AND MASTER LEAGUES

(Due to their lack of accessibility prior to the Cycle 3 start, Solgaleo and Lunala are banned from all formats.)

Specialists have 8 points available to build their team based on the point structure below. Mega Charizard Y, Mega Gengar, Mega Gyarados, Mega Latias, Mega Latios, and Mega Swampert are banned from Master League.

Sparking off the competition, in this battlefield Specialists can pick any six Pokémon that meet the following conditions:

As this Season passes its midpoint, we couldn’t let the battlefields plateau. Instead this battlefield, inspired by four famous trainers, takes it to new heights!

Teams of six will be comprised of Pokémon with the following pick restrictions:

Bans
Megas, Pokémon with Dark, Fairy, and Steel typing, plus any Pokémon in generation 7 and onwards including their corresponding forms (Alolan, Galarian, Hisuian). Abomasnow, Aurorus, Lanturn, Medicham, Trevenant, and Altaria are also not permitted. The Cycle start may be weeks away, but the prep work begins now. Gather your Faction and develop your plan of attack. This may be the most important Cycle yet!